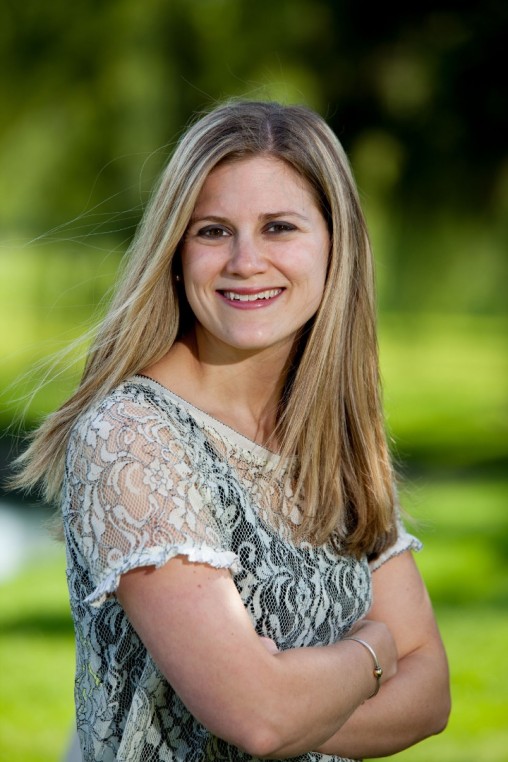 Stephanie Smartschan was recently named Director of Community Development & Operations at the Jewish Federation after serving as Director of Marketing for more than eight years.

In her new role, Stephanie will work closely with the Executive Director to create, implement and evaluate a strategic vision and annual operating plan for the Federation. Her new responsibilities will include leading Women’s Philanthropy, further developing and managing a corporate sponsorship program, planning and implementing large-scale campaign and community-wide events and helping to manage internal operations. In addition, she will continue to provide oversight and guidance to the Marketing Department on all projects and publications.

Born and raised in New York, Stephanie spent nine years in Massachusetts before relocating to the Lehigh Valley in 2011.

Before starting at the Federation, Stephanie served as the communications coordinator for the Cape Cod Commercial Fishermen’s Alliance, a nationally recognized non-profit in Chatham, Mass. Previously, she worked as a reporter and copy editor at the Cape Cod Times, where she covered casinos, Indian tribes, courts and nuclear power plants for Cape Cod’s only daily newspaper with a circulation of 50,000. Her work garnered a multitude of regional awards. She has also written for The Boston Globe and The Patriot Ledger of Quincy, Mass.

Stephanie has a bachelor's degree in journalism with minor concentrations in political science and history from Boston’s Northeastern University. She has studied at the American University of Paris and is a Birthright Israel alumna.

Stephanie lives in Zionsville with her husband, Adam, a Lehigh Valley native, and their daughters Emma and Lily.