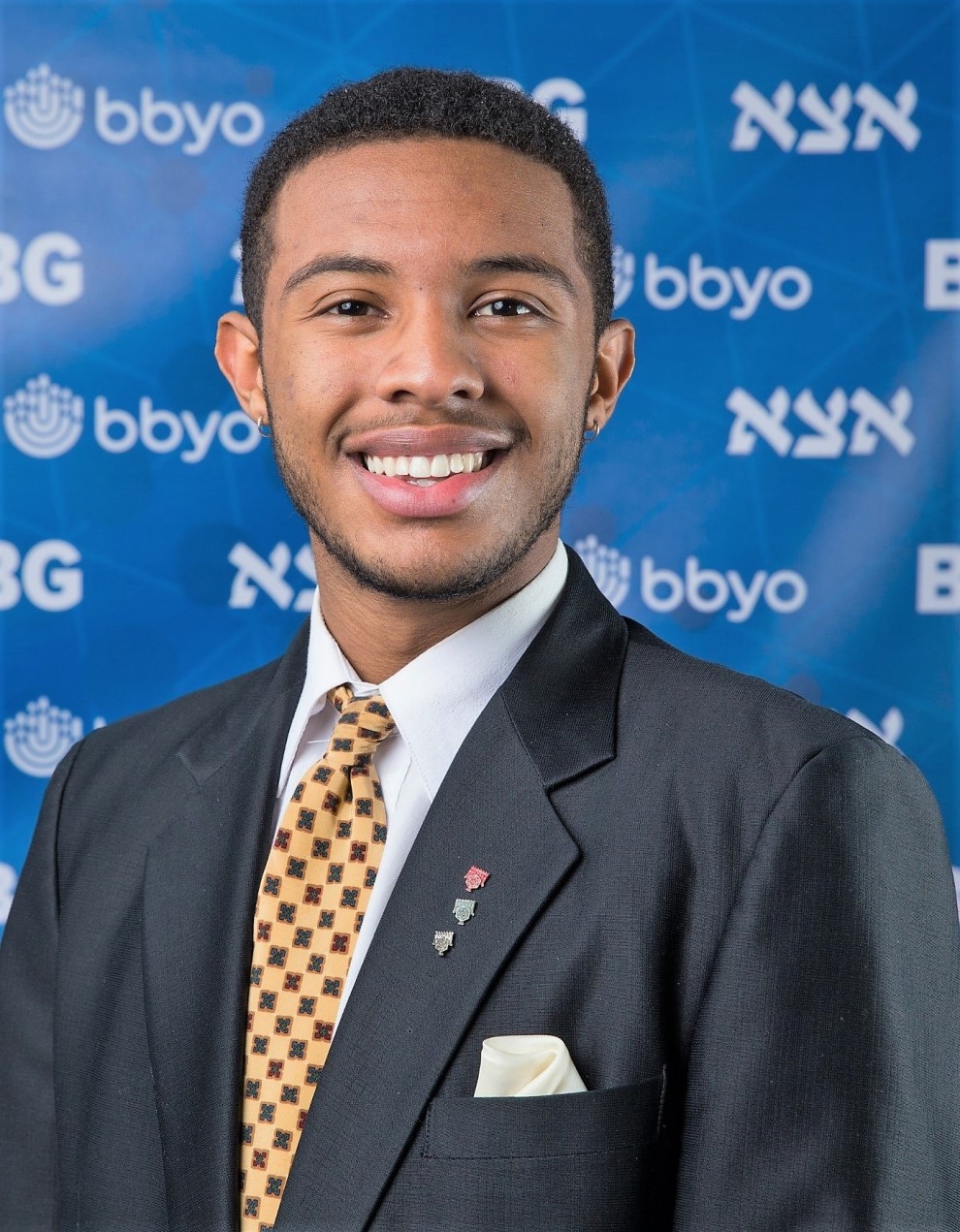 On the weekend of March 3-5, teenagers from around the region came together at the JCC of the Lehigh Valley to get inducted into BBYO in a weekend filled with companionship and learning.

The convention, called In Training (IT), is one of five weekend conventions run by BBYO each year. This one is particularly unique because older members don’t come to the weekend, which means all programming was directed toward new members.

Jeff Koch, the regional director for Liberty Region, which encompasses eastern Pennsylvania, Delaware and part of Western New York, described the weekend as a time to “build relationships, educate [about] BBYO and show how it’s youth-led and incorporates fun into Judaism while building a Jewish Identity.” The weekend culminated in the induction of approximately 170 new teens into the Allentown AZA and BBG, the boys’ and girls’ groups, respectively.

The weekend’s programming included four different pluralistic Shabbat services for different levels of observance, the induction ceremony, a dance and the new members’ first regional meeting with parliamentary procedure, run by regional board members. Joining these local leaders was Aaron Cooper, the grand aleph godol, or international president, of AZA. His responsibilities include corresponding with regional and national leaders in over 40 countries to implement international initiatives and campaigns at the grassroots level.

Cooper addressed the new members at the convention, including in his talk his own memories of finding his place with the help of AZA. The son of a white Jewish mother from Long Island and a black father from South Carolina who was brought up in the African Methodist Episcopal Church, Cooper was brought up Jewish, but questioned his identity. Growing up, “I wanted a box to fit in with one [group] or the other,” Cooper said, but “BBYO was able to help me develop an identity that reconciles the two,” he said. He shared his own story in the hopes to “use my identity as a platform” and “have my identity be a tool to tell a story to inspire people and accept diversity and cross-cultural interactions.”

In addition to retelling his own story, Cooper also introduced the teens to BBYO’s “movement priorities,” which summarize the organization’s goals.

The first is Stand Up, which is designed to encourage teens to become leaders in advocating for change. Each chapter is encouraged to come up with a cause to raise awareness and partner with a local organization to educate about the issue and offer marketing and fundraising support. Cooper implemented a version of this by making a joint statement about the recent anti-Semitic attacks with the international presidents of other teen groups USY, NFTY, NCSY and Young Judaea “as an expression of solidarity and to say the next generation won’t stand for intolerance.”

The second movement priority, Speak Up, is based on BBYO as an organization being “unapologetically in support of Israel as the Jewish state,” Cooper said. The teens develop an understanding of Israel and learn how to advocate, which leads into the third priority: “act locally, impact globally.” With groups in over 40 countries working toward the same goal, the organization hopes to inspire each member to understand that his or her actions can change the world.

Cooper has taken an active role in international change, as he travels to different regions with his counterpart, the BBG international president, to encounter a variety of programming strategies. As part of the fourth movement priority, programming excellence, Cooper and his BBG counterpart, Ellie Bodker, attended programs in eight countries. Part of the goal of being a youth-led organization is teaching the teens how to run programs at the same caliber of programs at JCCs or other agencies, and to implement this standard internationally. Cooper was particularly excited to share his experience at a program in Bulgaria that felt as familiar and welcoming as a counterpart program in the United States.

The fifth and final priority is growing the movement, imparting a call to action to new members. The ultimate goal of this is weekends like March 3-5 in Allentown, where so many new people took up the call together.

In addition to creating a community for these teens during their 8th-12th grade years, BBYO partners with other organizations like Hillel, Moishe House, AEPi and other Jewish fraternities and sororities to stay involved with the Jewish community during and after college. Weekends like IT are just the beginning of a connected and fruitful Jewish adult life.

As Cooper said, “BBYO helped provide me with the support system and welcoming community that allowed me to shape myself in high school. That’s the experience it provides for many members who are soul-searching – what my role can be in the Jewish community in the world beyond.”

For more information about getting involved with Allentown AZA or BBG, contact Jeff Koch at 610-351-2444 or jkoch@bbyo.org.