There are many ways to take part and build your own connections that can last a lifetime.

More about the Partnership

Partnership2Gether, a program of the Jewish Agency for Israel, connects the Jewish community of the Lehigh Valley with residents of the Yoav Regional Council in Israel. We view these links as a crucial factor in strengthening our communities, and enhancing their prosperity, both in Israel and at home. We are part of a global network of 45 communities, which are designed to serve as the primary infrastructure for developing a cohesive relationship between the communities of the Jewish people.

The partnership initiates face-to-face encounters with members of the Israeli community of Yoav, and with their way of life, encourages the community members to look into, and deepen, their bond with the Jewish people and Israel and serves as an incubator for developing ideas and initiatives in education, Jewish identity and community.

The Yoav Regional Council was established in 1952. It contains 14 communities, primarily kibbutzim and moshavim, and has around 7,000 residents. Its area stretches from Re’em Junction in the north to Kiryat Gat in the south, Beit Govrin to the east and Givati Junction in the west. 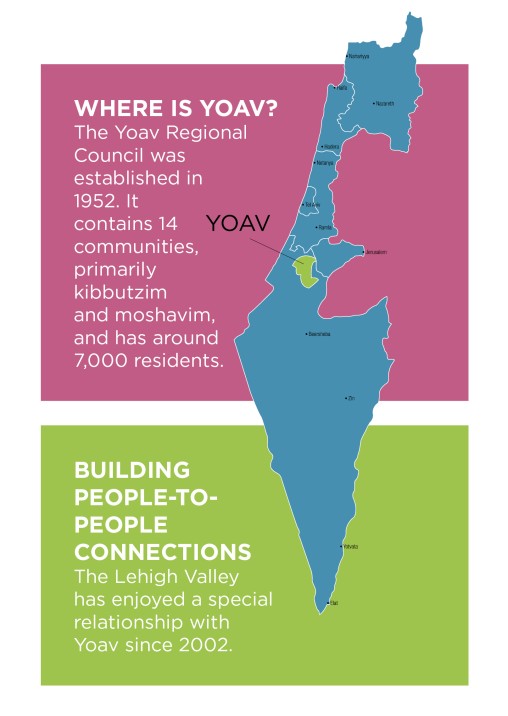 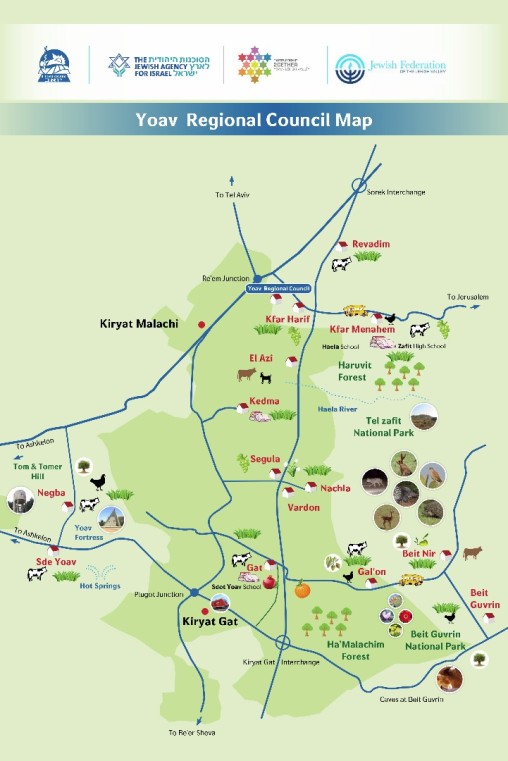 Check out the Partnership2Gether website for updates on our latest projects.