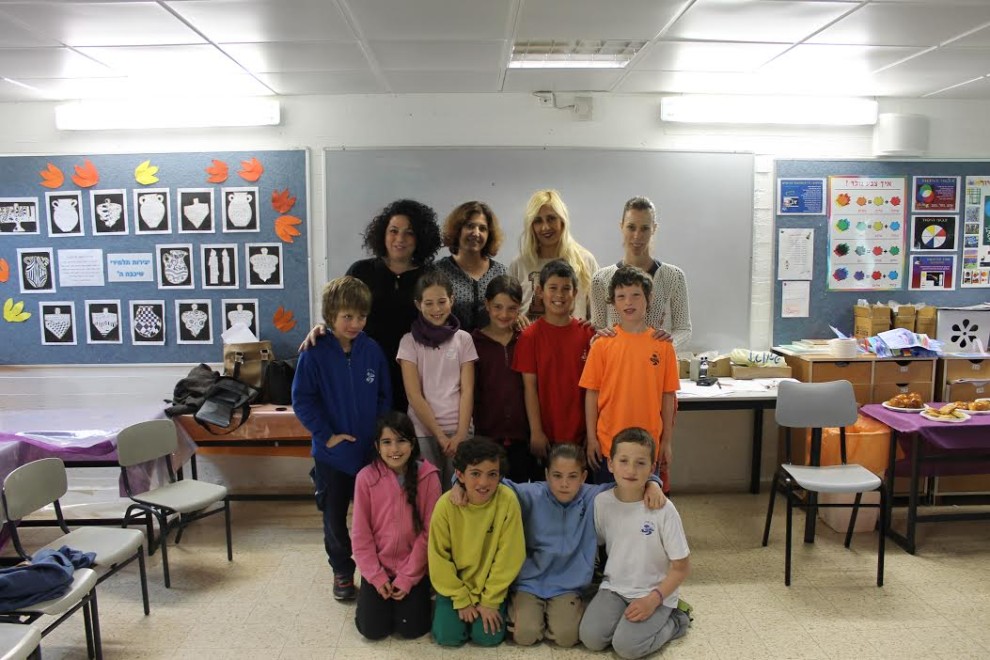 By Stephanie Bolmer
For three years now, kids in the Lehigh Valley and Yoav have been learning about how they all live ‘Under the Same Moon.’ That’s the title of the book that second and third graders from religious schools in the Lehigh Valley and third graders from Haela School in Yoav receive from Partnership2Gether and read together with their families. The book teaches the children how even though they live on opposite sides of the world, they’re not so different from each other after all.
“The purpose of the program is to teach our kids and theirs that our communities have a lot of things in common,” said Aaron Gorodzinsky, director of outreach and community relations for the Jewish Federation of the Lehigh Valley. Each child is paired up with a pen pal in the other country, and in six sessions throughout the year guided by their teachers, they get to know their new friend the old-fashioned way – through writing letters. “Technology is not allowed until the last session,” Gorodzinsky said. “Then, during the sixth session, we do a Skype call with all of the kids.” After their year of being part of the project is over, the families are encouraged to keep in touch however they like best.
One such family who has done just that is the Wilsons. Carol Wilson is in the midst of planning her daughter Rebecca’s bat mitzvah, which will take place in Yoav on Oct. 18, and she says the Israeli friends that her family has made through “Under the Same Moon” have “really stepped up to help [her] plan it,” aiding her with all the time and language barriers that come with planning an event in a distant country. Rebecca and her pen pal, Tamar, started their exchange three years ago, and they have continued the connection long after their turn in the program was up.
“It’s just been a wonderful, wonderful experience,” Wilson said. “We parents really began a lovely relationship back and forth, and it’s been a very positive experience for Rebecca.” The girls got to work on their language skills as they got acquainted. “Rebecca would write out what she wanted to say in Hebrew first,” Wilson said. “Then she would type it in English into Google Translate. She would send both versions so that Tamar could really get the gist of what she was saying. Tamar would do the same thing on her end.” Through this innovative approach, they formed a friendship across the ocean.
Kids like Rebecca and Tamar in the”Under the Same Moon” program share information with each other like favorite hobbies and their birthdays, and the girls and their families have made sure to remember each other at holidays and other special days. One of the hopes behind the program, as Gorodzinsky said, is that “when families from the Lehigh Valley visit Israel, they will make an effort to meet their pen pals in Yoav.” Another goal is that some of the Yoav students who participate might go on to become schlichot at summer camps here in the States in the future, like the fellow counselors Rebecca’s brother, Ben, met this summer and will see when they travel to Israel for Rebecca’s bat mitzvah. The whole Wilson family is looking forward to sharing this milestone with their newfound friends, as they will get to meet Tamar and her parents in person for the first time.
As the Wilsons continue to reap the benefits of discovering they live “Under the Same Moon” as Yoav, another year of the program is kicking off now, and more connections are being made like Rebecca’s and Tamar’s. Over 100 families have participated so far, bonding over letters, sharing holiday traditions and making lifelong connections.