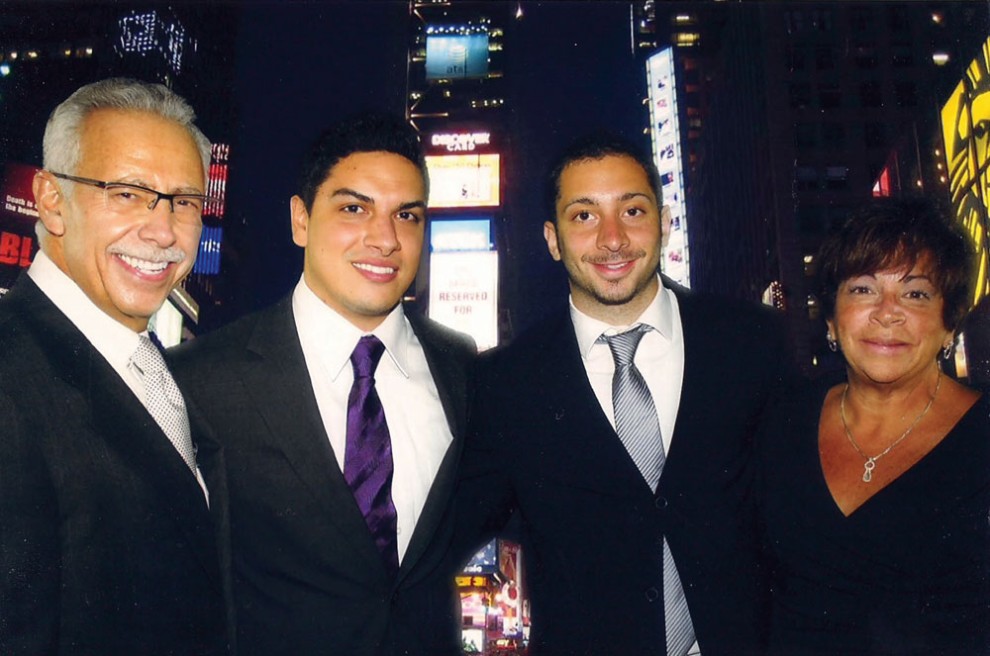 The Scherline name is well-known in the Lehigh Valley thanks to The Scherline Group and the legacy of attorney Jay Scherline, z”l. When he and his wife, Lorrie, moved to the Lehigh Valley decades ago, they joined the welcoming community they found at Congregation Sons of Israel and got involved in the Jewish community. Today, the family business is still here, and that legacy is only growing as it is also carried on in a unique way at Jay’s Local, a cafe in Allentown right next to the Muhlenberg College campus.

Jay’s son, Lyell, grew up in the Lehigh Valley with his brother at the Jewish Community Center and the Jewish Day School. After spending years in graduate school abroad in South America and working in New York City, Lyell and his wife, Tracey, moved to Allentown and started Jay’s Local.

“It’s really in memory of my dad. I’m trying to follow in his footsteps. He always wanted to do good for the people of the Lehigh Valley, and he really enjoyed it here. So, our main focus is really to give back to the community,” explained Lyell.

They do that not only by adapting to the needs of their customers, especially the college community, but also by highlighting local vendors. They’ve also started opening up their space for pop-up events where start-up food entrepreneurs who are just starting out or local chefs who are experimenting with new ideas can try things out.

The Scherlines do whatever they can to support not only the greater Lehigh Valley, but also the Jewish community.

“When we first moved to the Lehigh Valley back in 1979, Jay and I spent most of our free time at the JCC — Jay played racquetball, and I did aerobic classes and eventually got involved in the Women's Auxiliary. Our sons Justin and Lyell eventually also spent a lot of  time at the JCC as well:  swimming lessons, birthday celebrations, nursery school, camp, BBYO youth conventions. Lyell and his wife, Tracey, are now living in Allentown, and it is so heartfelt to me to see history repeating itself. Tracey and Lyell have taken exercise classes at the JCC, and hopefully as our world opens up again, they will be able to enjoy what the JCC has to offer to our community,” shared Lorrie.

“The Lehigh valley is less hectic compared to the city and has a lot of community events to explore on a smaller scale, which makes it a nice place to live and start a family,” she said.

The Scherlines hope that the warm community they have made their home in continues into future generations.

“I would hope the Jewish community continues to grow and have programs that are inclusive for all ages and levels,” Tracey said.

Lyell agreed, adding, “I really just hope that it continues to grow. People who are settling down and getting married and having families, they can go anywhere. But a lot of people I grew up with are settling down and coming back. They’re just remembering their childhood, how easy it was to grow up in the area. I just want it to flourish. The more Jewish people that are in the area just makes things more exciting and more diverse.”

The spirit of entrepreneurship, altruism, and Jewish family values that the Scherlines bring to the community are valued by all who know them.

“We are lucky to have multiple generations of the Scherline family active in our community,” said Jeri Zimmerman, executive director of the Jewish Federation of the Lehigh Valley. “I know that Jay, z”l, was a caring leader, and it’s wonderful to see the continued connection his family demonstrates in the Lehigh Valley.”