The shul started out as Congregation Agudath Achim in late 1920 in the crowded back of David Millers' furniture store. On January 31, 1921, the certification of corporation was issued and it started to take off. For the next 45 years, it was a vibrant synagogue that offered the only Orthodox services in town to the Jewish residents of South Side Bethlehem on 437 Webster Street on the beginning of the South Mountain. In May 1965, it moved to its current location in the borough of Edgeboro which then became a part of Bethlehem. The building still has its original woodwork.

By the early 70s Bethlehem steel and the congregation started to dwindle, and by 1977 there was no rabbi and the synagogue had declined. For about two decades, it was considered a closed facility. Preparations were made to dispose of the assets and it seemed that all was lost. Then, in September of 2003, Bob Trotner hired the shul's first rabbi in 25 years. By Passover 2004, there were several congregants consisting of mostly children, teens and young adults.

That Passover, the congregation was renamed Beth Avraham after its first rabbi; Rabbi Avraham Mowitz, who served 30 years with distinction to this wonderful Synagogue.

Today, Beth Avraham is a modern orthodox synagogue that combines the traditional service with a very informal, easygoing atmosphere with small town friendliness. No one is ever made to feel unwelcome, and a position on the board is always reserved for a young congregant (18-30). The congregation is growing, new people are joining - come see what the excitement is about!

YOU BELONG AT BETH AVRAHAM!

Top Five Reasons You Should Give Beth Avraham a Try:

1.  Membership is free! Seats are not "sold" and money is never a barrier to participation.

2.  Informal Atmosphere: There is no dress code and we are totally non-judgmental. All Jews feel embraced and valued in our shul irrespective of background, knowledge or observance level.

3.  Be Inspired! We teach an authentic Torah message that will enrich your life and relationships. Davening is engaging and meaningful, yet lively and easy to follow.

4.  Be Intellectually Challenged! We speak of the great ideas, not of people. 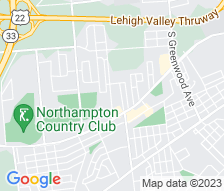