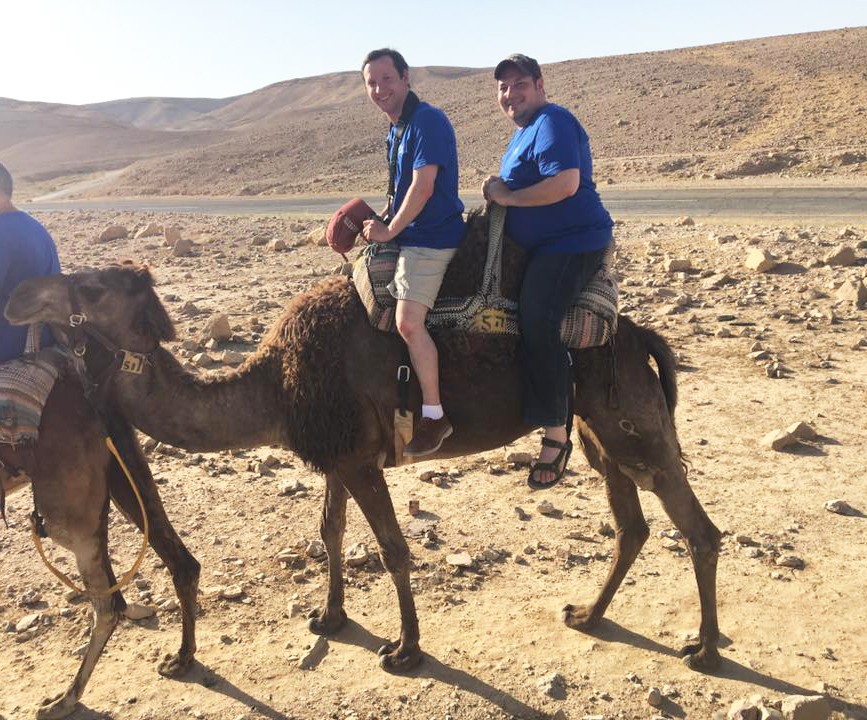 After three days in Jerusalem, we set off on a full day in the desert. We started our day in Ein Gedi, with a hike in one of the most beautiful settings I’ve been to in Israel. We left to visit Masada and float in the Dead Sea. In the evening, we met with a Bedouin community and ended our night in a kibbutz.

As 12 young professionals, we are usually always on our cell phones. But at each location, we were truly disconnected from the world. These places did not have wifi connections, and we were able to focus on the beauty, history and community around us. The white sand, the clear water and the natural structures were a difference from the historic structures of Jerusalem.

What was especially meaningful was the trip to the Bedouin community. After riding camels, we met with one of the Bedouin women. She told us about the traditional role of men in the community, and how she aimed to change that tradition. After seeing her husband marry a second wife, she chose to raise her 10 children on her own. In addition, she had three goals that she wished to achieve. Her first, to make a movie. Her second, to travel to another country. Her third, to make a movie. She achieved her first two, the second to see one of her son’s graduate from college. She works every day to replace the traditional role of men with the role of women. Israel has made great strides with leaders like Golda Meir, but communities within Israel still have a long way to go.

While this trip is my fourth to Israel, it is the first time that I am learning a great deal about the people who live here. I am so happy to be meeting the incredible people on this incredible trip.