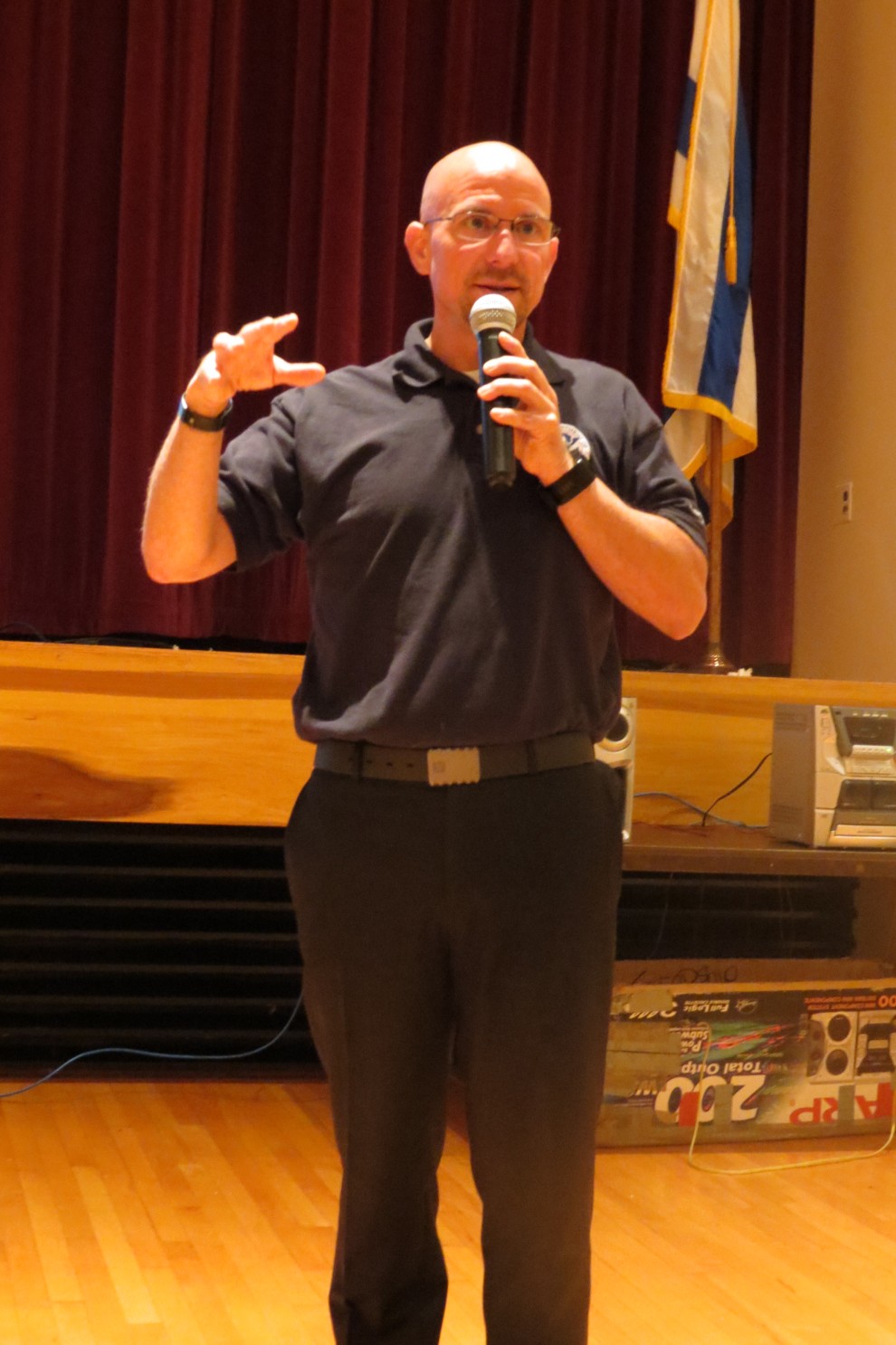 Two pictures flashed on the screen.

One was of a police car outside of the JCC in York after a bomb threat earlier this year. The other was of a room inside a mosque in Minnesota, destroyed by an IED just a week prior.

Fortunately, no one was hurt in either incident. But the pictures were meant to demonstrate what brought members of Jewish, Christian and Muslim organizations together on Aug. 15 in Allentown – to discuss how to be prepared in the event of an emergency.

“We’re living in a time where security is in the back of everyone’s mind,” said Aaron Gorodzinsky, director of outreach and community relations for the Jewish Federation of the Lehigh Valley, which hosted the conference. “We wanted to open this as an opportunity for everyone who has been thinking about security, but doesn’t really know where to start.”

The Federation has hosted meetings of local Jewish organizations to discuss security preparedness for years. But this year, in the wake of rising threats to all faith-based organizations, the Federation partnered with the Lehigh Conference of Churches and the Muslim Association of the Lehigh Valley, and invited the Department of Homeland Security for the first time.

Representatives from 30 interfaith organizations attended the conference, which happened to take place just three days after the violence in Charlottesville, Virginia.

“All religious institutions must be equipped with the knowledge they need to respond to threats and incidents as they arise,” Gorodzinsky said prior to the conference. “By bringing our communities together, we will not only receive important information from security officials, but we will strengthen the relationships we have with each other.”

“Creating an environment of peace and harmony in our community is a responsibility for all faith leaders,” said Mahfuzul Khondaker, Ph.D, secretary of the Muslim Association of the Lehigh Valley. “Muslims in the Lehigh Valley are committed to building a broader coalition with other faith groups, political leaderships and government agencies to make sure that we all respect each other with all our diversities and build a prosperous society for all of us.”

James Cratty, protective security advisor for the Department of Homeland Security, led the discussions on security planning and what to do in the event of a bomb threat. Each organization should have members assigned to work on security, should develop relationships with local law enforcement and should test and practice their response, he said.

“I think the most important takeaway today is that we work together, that we have a plan and that we have a team that’s watching what is going on and is ready to react should something bad happen,” Cratty said after the conference.

Nabeela Barbari, senior policy adviser for the Department of Homeland Security’s Office for Civil Rights and Civil Liberties, talked about the resources her office can offer. “Physical security is key, but there’s also non-physical security stuff,” she said, like stepping in when a person or institution’s civil rights are being violated.

Megan Sands, intelligence analyst for the Pennsylvania Criminal Intelligence Center, talked about the importance of reporting suspicious activity. When a car pulled up onto the curb in Times Square in 2010, it was a nearby T-shirt vendor that alerted authorities that there was something suspicious, she said. The car was rigged with bombs, but the crisis was averted.

“My intention is not to scare you. It is to educate you and to make you situationally aware,” she said.