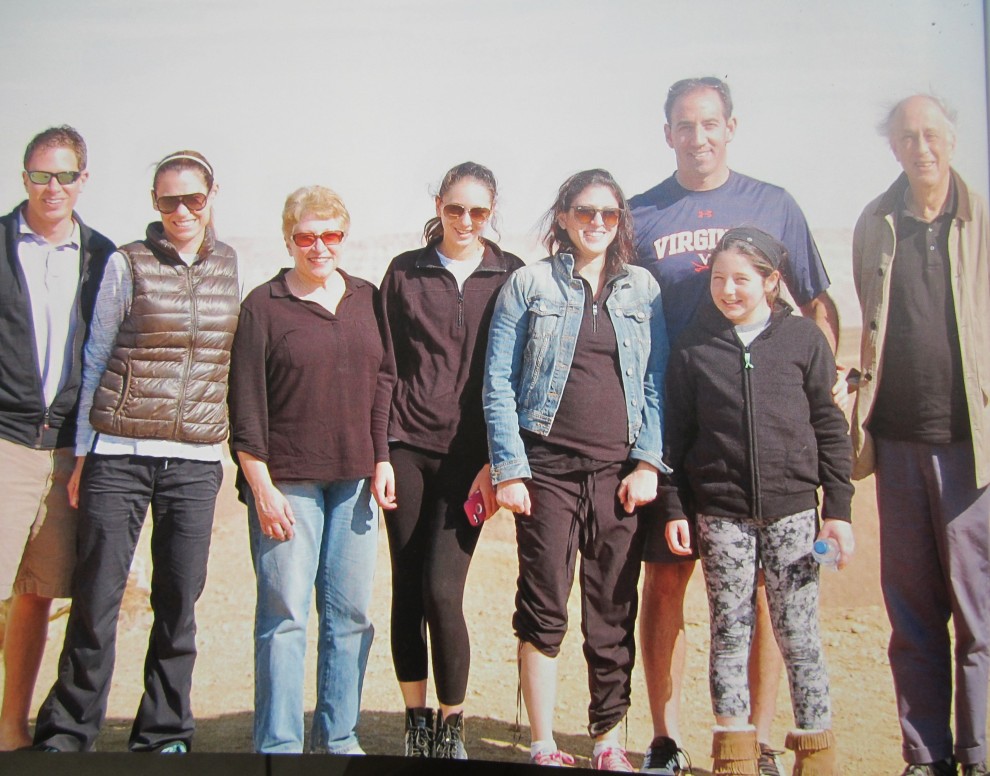 On a recent trip to Israel, Lewis and Roberta Gaines visited “Nirim in the Neighborhood” and met an Ethiopian woman in her 20s.

Growing up as one of eight siblings, the woman’s parents demanded she stay home and take care of the younger children. She felt trapped and started to act out.

“She got into trouble with the law, she got into drugs, she did other bad stuff and this program rescued her and now she’s a counselor there,” Lewis Gaines said. “Her story was one of the reasons we picked Nirim.”

Helping Israeli children at severe risk is one of three Israel-focused projects that the Gaines family will be supporting this year through a philanthropic partnership with the Jewish Federation of the Lehigh Valley. That partnership began in 2017 with the family’s support for Israel Next Dor, a leadership development program for 12 local young and emerging leaders that included a trip to Israel.

The Gaines’ will also sponsor a dollar for dollar match on new or increased gifts to the Federation this year to support the most critical needs and innovative programs in this community.

“I think as you get older, you recognize that if you can do something, you shouldn’t wait around,” Lewis said. “My primary focus is generational continuity. I’m really interested in having my children and ultimately grandchildren carry on a tradition of significant philanthropy. So I’m trying to lead by example and by encouraging them to build connections between Israel and the local Jewish community.”

Lewis said he chose Federation as his partner because it is trusted and established.

“The community model for raising money I think is highly valid and it has existed for a long time. You want to go with proven concepts,” he said.

“It also provides an opportunity to do multiple kinds of giving,” he added.

The Gaines family will also make a significant contribution to the Hatzerim Air Force Base in Israel to create the Hatzerim Spirit and Heritage Center and will support another major project that will impact the entire Lehigh Valley Jewish community.

The family will provide funding for a community shaliach in the Lehigh Valley in 2018-19. Shlichim, or Israeli emissaries, become partners with their host communities and work to engage all age groups -- especially teens and young adults -- in a range of Jewish cultural, educational and social activities.

The Lehigh Valley last hosted a shlicha, Meidan Keidar, in 2012. Keidar, now on the staff of Hillel International and married to a Lehigh Valley native, also served as Israel Fellow at American University after her tenure in the Lehigh Valley.

“The community shlichut program is one of the best ways to build a connection with Israel,” said Jeri Zimmerman, assistant executive director of the Jewish Federation, who will oversee the program. “This young man or woman will be working with all our agencies and synagogues, will participate in community events and will really be a positive image of Israel in this community.”

Additional funding will allow community agencies and synagogues to host their own Israeli-themed programs.

“The impact that the Gaines family will have both here and in Israel cannot be overstated,” Zimmerman said. “They truly are leading by example, not just for their own children and grandchildren, but for our entire community.”

The backbone of the Federation and, by extension, the agencies locally and overseas that it supports, remains the Annual Campaign, said Mark L. Goldstein, executive director of the Federation.

But the Annual Campaign also makes it possible for the Federation to operate as a philanthropic partner for donors that have particular interests, he said.

A partnership between the Jewish Federation of the Lehigh Valley and the Yanoff-Master Charitable Fund helps the Ethiopian National Project provide scholarships to Ethiopian-Israeli medical and dental students in Israel. Other families choose to supplement their Federation annual campaign giving with direct support to the Neve Michael Children’s Home in Israel. And it is the partnership between Federation, the Harold Grinspoon Foundation, the Wax Family Fund of the Lehigh Valley Jewish Foundation, Bonnie and Bobbie Hammel, the Jean B. Weiner Foundation and the B'nai B'rith Charities Foundation of Allentown, that funds PJ Library in the Lehigh Valley.

“These kind of funding opportunities are critical to the growth of the Jewish community when taken in the context of overall funding,” Goldstein said. “It’s an additional funding stream that supplements the Annual Campaign and endowment giving and that helps expand the foundation of the Jewish world.