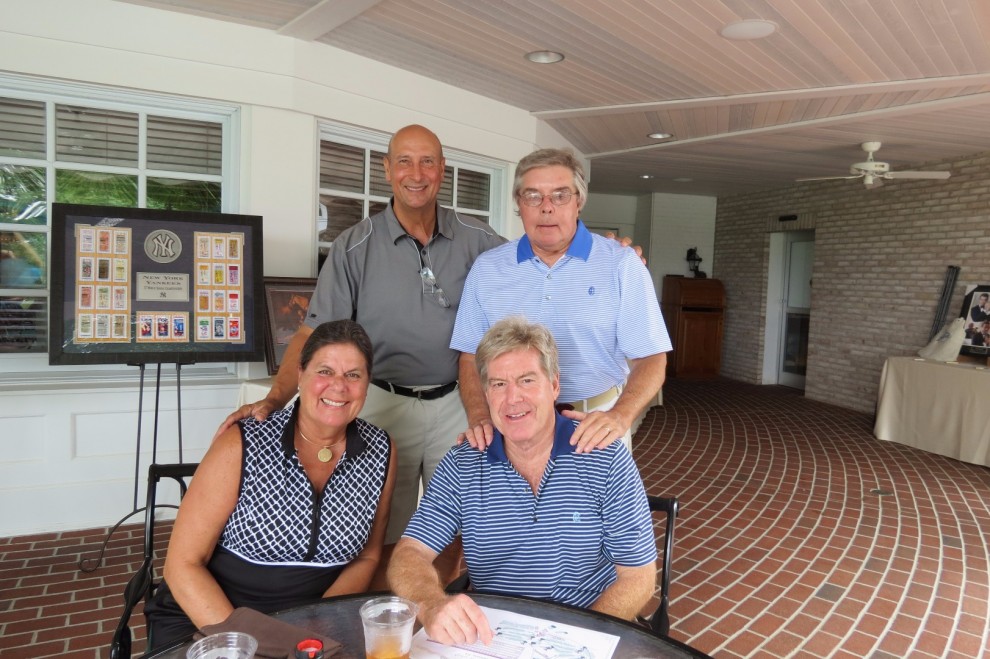 First there were 10 names left, then seven, then five, then two. The grand prize of $5,000 was on the line for the last person standing and Jerry Biel was in the running.

“The whole time I’m thinking, if I do win, I can’t accept the money,” said Biel, who was participating for the second year in the Jewish Federation’s annual Mortimer S. Schiff Memorial Golf Tournament.

Throughout the evening, Biel, who is Lutheran, said he was struck by the Federation’s efforts to work with people of all faiths to combat prejudice and hate.

When his name was indeed the last to be called in the reverse raffle, he quickly announced he would be donating the entirety of his winnings back to the Federation.

“It was a wonderful surprise and truly showcased what this tournament is all about and what my father would have wanted,” said Richie Schiff, tournament co-chair.

It wasn’t the only opportunity for philanthropy that evening. For the first time ever, participants and dinner guests were able to “bid” on special auction packages to benefit two specific causes – feeding the hungry and reducing prejudice.

A $250 donation “bought” bidders 15 food boxes that will be distributed to indigent persons in war-torn Ukraine through the American Jewish Joint Distribution Committee. Thanks to the generosity of those at the tournament, 285 people will be receiving this life-saving gift.

For $300, bidders could help bring a prejudice reduction speaker or exhibit to a local public school. Five of these programs will now be possible.

Also up for auction, thanks to the generosity of Lexus, was the opportunity to play at Lexus’s Champions for Charity golf tournament. Gary Fromer placed the winning bid and will be heading for Pebble Beach this December.

Overall, more than $46,000 was raised to benefit these causes and the Annual Campaign for Jewish Needs and more than 80 players and 35 sponsors made the tournament a huge success. Stay tuned for details about next year!