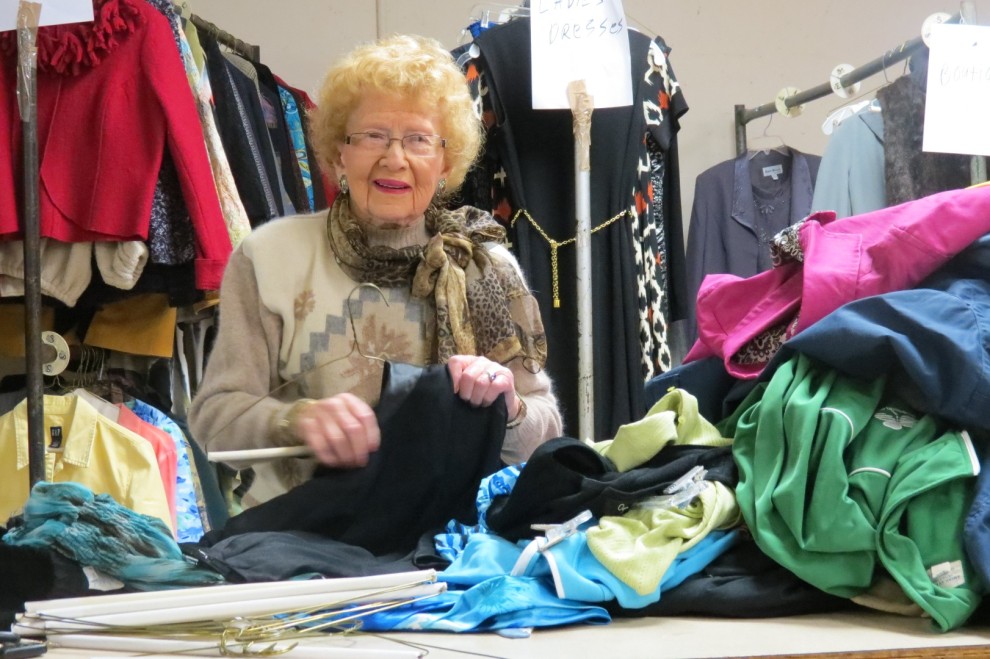 Henriette Engelson has seen and done a lot in her 100 years. She’s lived through two world wars, earned several degrees, survived the Depression, taught and instituted programs at multiple universities and hospitals, and welcomed and taught English to Russian emigrés. She volunteers twice a week at the Jewish Community Center’s Nearly New, is a current JCC board member, was on a housing board for the handicapped as well as a board for autistic children, attends Friendship Circle and was its president three times, and plays mahjong at the JCC.

One might think this is enough for someone who was born a few months after World War I began, yet her seemingly boundless energy and youthful spirit make it clear that she will continue to play a vibrant role in the community around her.

Born in Manhattan to Austro-Hungarian parents, Engelson always had a strong work ethic. She received degrees from New York University in speech therapy and dramatic arts, and remembers having the opportunity to go on the road with a traveling show. But this was during the Depression, she said in a recent interview, and “my wise mother advised against it, urging me to find work that would pay better.” She accepted a job as a speech therapist and found her true calling.

Engelson established herself as a formidable figure in the field. She married Jay Boxer in 1935. “It was the Depression,” she recalled, “and we had nothing, so I worked at several jobs.” They lived in Long Island, and Engelson worked both there and in New York City. She taught speech in elementary schools as well as at C.W. Post College and Hunter College; she worked with the hearing impaired at the New York League for the Hard of Hearing, and with stroke patients at Bellevue and St. Barnabas Hospital “and I always loved what I did,” she said. She felt an enormous and rewarding sense of pride when parents of her students would thank her for helping their kids. “I never had children,” she said, “but I had lots of kids.”

Finding work during the World War II years was challenging; Engelson’s husband accepted a job in 1941 with the health department in Syracuse, New York, but there were no jobs available for her. “I was miserable there,” she said. They returned to New York City two years later, and Engelson entered Columbia University, from which she earned a master’s in speech pathology in 1949.

Sadly, after 20 years of marriage, Engelson’s husband succumbed to cancer. Not one to sit still, she consoled herself with her work. Friends at the time were worried about her, but “I was happy and kept busy,” she said. “I converted a room in my house and saw clients there, but they told me I needed to get out and socialize.” While on a weekend trip with some friends, she met Sidney Engelson of Allentown, and they were married within a year.

In Allentown, Engelson quickly made her presence known in the field. She worked in the Allentown School District and persuaded the superintendent to institute continuing education classes for speech therapists. Hired to teach public speaking in the theater department of Kutztown University, she saw an overlap in the two fields of drama and speech, and eventually won permission to form a speech department. She also established the Henriette Engelson Scholarship for seniors who are planning graduate work in speech pathology. Reaching mandatory retirement age after 13 years there, she was compelled to leave, but soon found yet another calling -- teaching English to the area’s recent Jewish Soviet emigrés.

Over her many years of service, Engelson has touched many lives. She said, “I’m so honored when a former student or parent of a student thanks me for the help I gave them. Even many years later they find me.”

When asked how she manages to stay so youthful, Engelson said, “It’s the simple things. Do something that gives you pleasure and keep busy at it. If I didn’t have trouble getting around I’d do so much more.” She admits she has to push herself more now, “but I have my mind and I must use it. So I push.”

So Engelson will continue to volunteer at the JCC, attend services at Beth El and enjoy the company of friends in the community. “I love people,” she said. “I love keeping busy. I won’t let difficulties get me down. I don’t give in.”