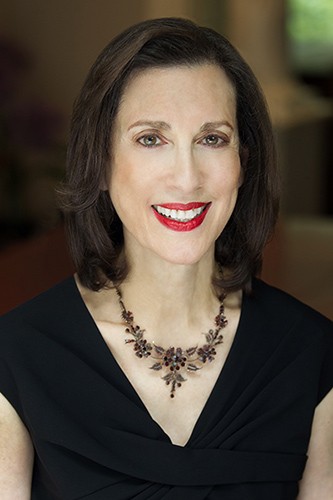 Jane Weitzman understands the value of a good shoe. “They can make an outfit. You can wear a plain black dress and change the shoes and the whole look is different.”

It’s not surprising that Weitzman knows her shoes: for decades, she was the executive vice president at the company founded by her husband, famed shoe designer Stuart Weitzman.

Weitzman is coming to the Lehigh Valley to speak at the Women’s Division Dollar-a-Day Spring Event on Thursday, May 21, bringing her philanthropic wisdom as well as her shoe savvy. Weitzman pioneered creative charitable efforts, such as the Celebrity Breast Cancer Shoe Auction and her book, “Art and Sole,” a collection of fantasy art shoes that she displayed in Stuart Weitzman’s New York storefront. The book will be available for purchase at the event and all proceeds will go to the Federation’s Annual Campaign.

For Weitzman, it was a project that was years in the making. When she was the vice president of Stuart Weitzman’s retail space, her duties included finding the art shoes to display in the storefront, a practice that made the company unique among its competitors. “I was going to craft shows to look for things for the stores, and I saw some artists who I thought could do shoes.” The shoes garnered attention even after they no longer appeared in the storefront. “After we sold the business, people kept saying to me, ‘What happened to those shoes?’ I thought it might be a good thing to do a book and all the profits could go to charity.”

When asked if she has a favorite from the book, Weitzman said it would be impossible to choose. “You know, to me it’s like children. How can you pick your favorite? These are the ones that were culled from over 1,000 shoes we had. I really don’t have a favorite – they’re all my favorites.”

While Weitzman’s remarkable success in the business world has helped her to make an impact with her charitable work, including her work for the Jewish Federations of North America and other Jewish organizations, she believes that money isn’t necessary to be philanthropic. “Start with whatever you can do, and try to build on it, and as you become successful, you can always do more.”

The annual Women’s Division Spring Event on Thursday, May 21, at 6:30 p.m. at Congregation Keneseth Israel is open to women who have pledged a minimum of $365 to the 2015 Campaign for Jewish Needs. $40 for dinner and program. Learn more or register now.