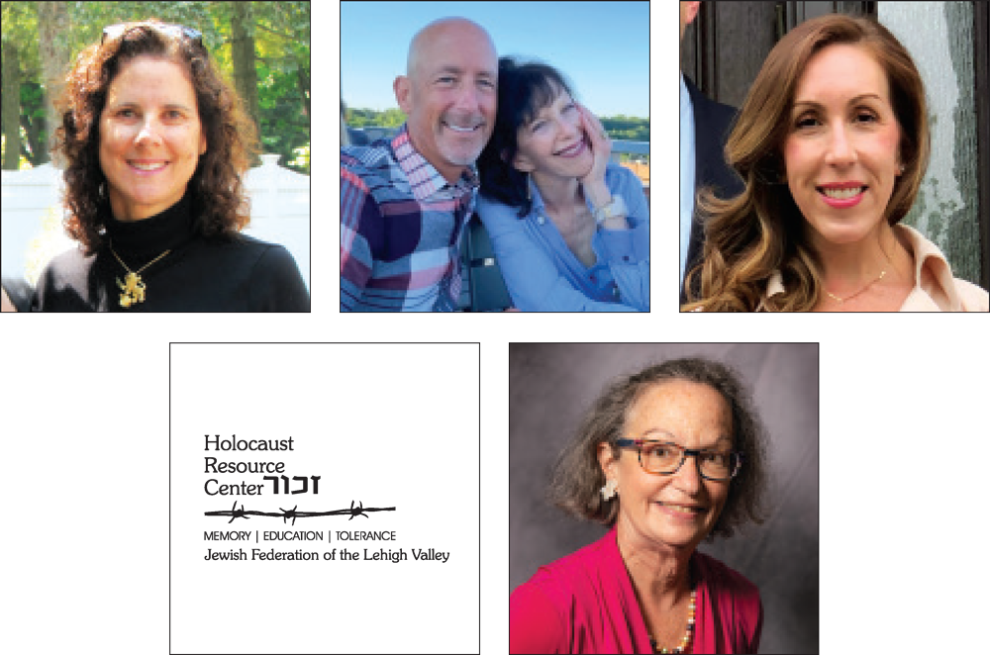 The Jewish Federation of the Lehigh Valley will honor individuals who exemplify leadership, and elect its new board and officers at its Community Celebration and Annual Meeting on June 9.
The event will include an end-of-year Israeli-style picnic catered by Around the Table Catering and is free and open to everyone.
After three years as president, Gary Fromer will be turning over the gavel to President-elect Robby Wax. Wax, along with his mother, Vicki, will also receive the Kobrovsky Award for Campaign Leadership for chairmanship of the Federation’s annual campaign.
The Kobrovsky Award is named for Bernard Kobrovsky, past president of the Federation and a founder of the community’s Endowment Fund. Bernie exemplified a true leader and friend of our Jewish community. He believed that you make tzedakah a routine part of your life.
Lauren Rabin, a long-time dedicated volunteer and active member of Women’s Philanthropy, will be this year’s recipient of the George Feldman Achievement Award for Young Leadership. Most recently, Rabin has led a JFLV Pomegranate initiative to increase our number of participants and she co-chaired our very successful Hatikvah 6 community concert.
The Schiff Award for Prejudice Reduction will be given to the Holocaust survivors and educators from the Holocaust Resource Center. The group includes Michele Wilner Levy, Marcel Guindine, Eva Levitt, Eva Derby, and Ed Posner, who are continuing efforts to fight prejudice and hate through Holocaust education.
Debbie Zoller, executive director of Jewish Family Service, will be the recipient of the Mark L. Goldstein Award for Jewish communal professionals. Debbie has led a number of initiatives for the Jewish Family Service and has been dedicated in  growing the organization since 2012.
Eileen Fischmann will receive this year’s Daniel Pomerantz Award for Campaign Excellence. Eileen has been a tremendous asset to our campaign team, and she diligently reaches out to our donors to ensure the success of our annual campaign. We owe a lot of our success this year to Eileen, and she is absolutely deserving of this award.
In addition to presenting these awards, the Federation will also honor its outgoing leadership and elect its new board and officers.
The Jewish Federation Community Celebration and Annual Meeting will take place on Thursday, June 9, at 6 p.m. at the Jewish Community Center of the Lehigh Valley. The Israeli-style picnic is free and open to everyone. RSVP by June 2 to 610-821-5500 or mailbox@jflv.org, or register online at jewishlehighvalley.org/annualmeeting.