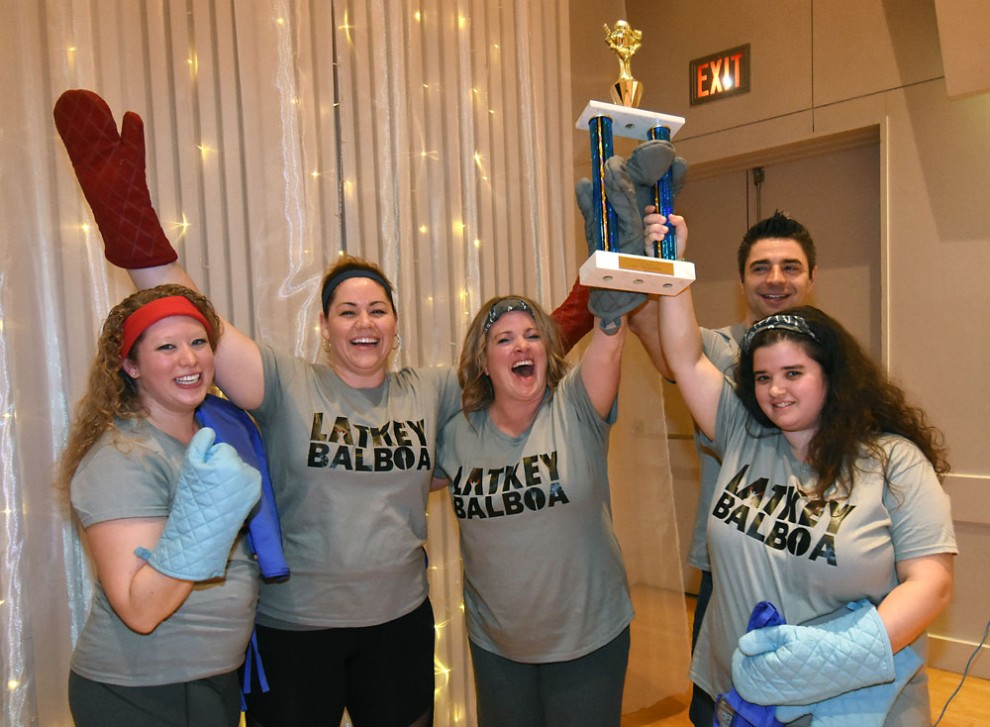 Five teams battled it out at the second annual Latke-Vodka Hanukkah Cook-Off at the JCC on Dec. 13, 2018.

Showcasing flavors from around the world -- Thailand to Israel, the Southwest to the Midwest -- the teams each created their best version of a traditional potato pancake along with a vodka-based drink to pair with it.

The teams each presented their dishes to an esteemed panel of judges: Josh Rultenberg, reporter from WFMZ, Selena Robinson, morning show host from 100.7 WLEV, and Cristian Gonzalez, executive chef at The Shelby.

The audience taste-testers also had a chance to vote for their favorites before a winner was crowned.

With their Southwest Southpaw latke featuring chipotle corn and mango salsa, complimented by a mango martini with a spicy cinnamon rim, team Latkey Balboa came out on top.

The winning team received championship aprons along with passes to the Crayola Experience, courtesy of Crayola and made possible by event sponsor WLEV.

Sponsor Whole Foods generously provided all of the basic latke ingredients, along with gift cards for each team to buy specialty ingredients that made their latkes stand out.

Just before the competition, Steve Mittman, traffic anchor for WFMZ, took a look behind the scenes, interviewing each of the teams as they prepared for the competition.

Emcee “Bowtie Ben” Youngerman kept the crowd engaged, seeking feedback from around the room and engaging in some fun vodka-based trivia while the crowd waited for the votes to be tabulated.

All of the cooking was supervised in the JCC kitchen by Amy Fisher from the Lehigh Valley Kashrut Commission, who ensured that the whole community could enjoy the prepared dishes.

For videos from each team and more photos, check out the Latke-Vodka Hanukkah Cook-Off Facebook event.