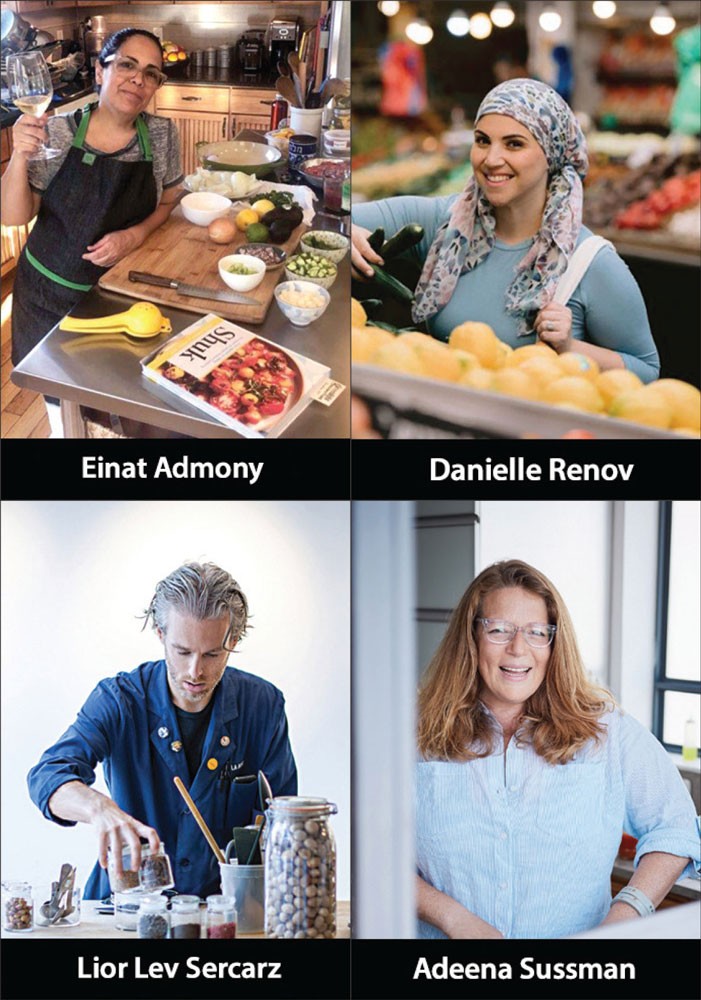 Women’s Philanthropy of the Jewish Federation is taking you on a virtual international culinary journey with four celebrity chefs on the Israeli and American scenes this winter.

The four-part series, which will run on Tuesday evenings, will explore Moroccan, Yemenite, Persian, Tunisian and Ashkenazi recipes and culinary inspirations.

The series will kick off on Jan. 19 with Einat Admony, “the ultimate balaboosta.” Admony is the chef and owner of Balaboosta, a fine-dining Middle Eastern restaurant, and the beloved falafel chain Taim. She is also the author of two cookbooks: “Balaboosta” and “Shuk.” She will be cooking Moroccan-spiced fish and Yemenite salad with fenugreek-yogurt dressing and ja'ala.

On Jan. 26, “the spice master” Lior Lev-Sercarz will be making freekah and feta salad, charred eggplant and labneh parfait. Lev-Sercarz is the chef, spice blender and owner of La Boîte, a biscuits and spice shop in New York City. Lev-Sercarz and La Boîte have been featured in publications including The New York Times, Vogue, In Style Magazine, Every Day with Rachel Ray, Food & Wine Magazine and the SAVEUR 100. He is the author of “The Art of Blending, The Spice Companion,” and his most recent book, “Mastering Spice,” was named one of the best cookbooks of the year by The New York Times Book Review.

Meat-stuffed artichokes, sumac-scented fennel and tangerine salad will be on the menu on Feb. 2 when Danielle Renov of “Peas, Love & Carrots” gets cooking. Renov is the blogger and influencer behind the popular website and social media brand of that name, where she shares delicious and approachable recipes, lifestyle tips and hacks and more. Half Moroccan and half Ashkenazi, Renov is a living melting pot of the cultures she was born into and those she now lives among in Israel.

The series will conclude on Feb. 9 with Adeena Sussman, author of “Sababa: Fresh, Sunny Flavors from My Israeli Kitchen,” which was named a Best Fall 2019 cookbook by The New York Times, Bon Appetit and Food & Wine Magazine. She is currently working on her follow up to Sababa, all about the foods of Shabbat. The co-author of 11 cookbooks, Sussman’s three most recent collaborations, including “Cravings” and “Cravings: Hungry for More with Chrissy Teigen,” were New York Times best-sellers. She will be making her mother’s “irresistible” peach kuchen and chewy tahini blondies.

$36 per household for the entire series, which will be presented virtually and is open to all. Click here to register.