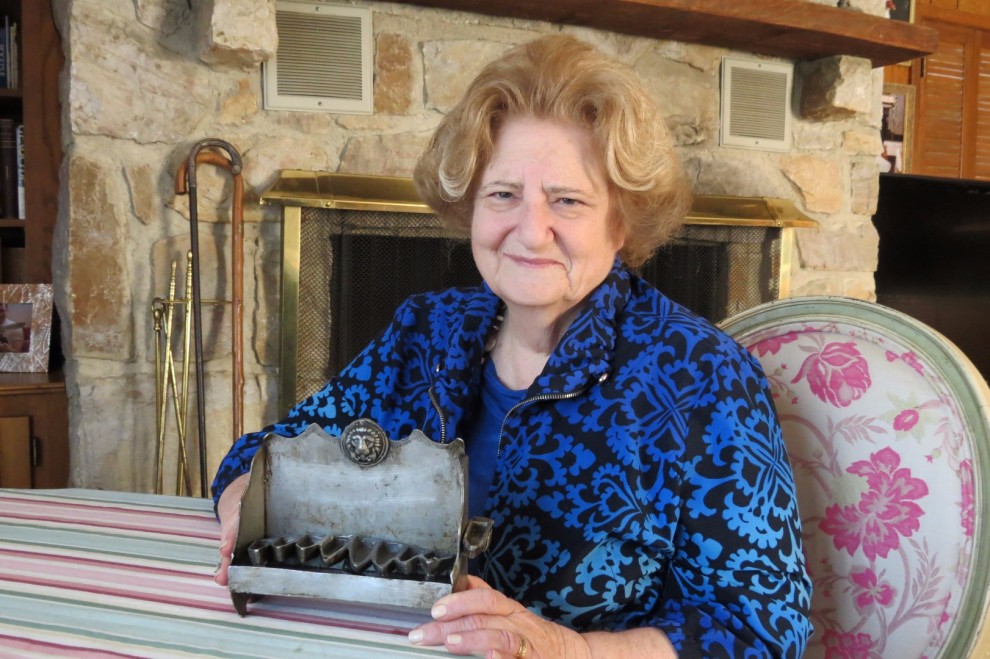 Jeanette Eichenwald has told the story of her family menorah many times before. She knows the details by heart and her voice never falters when she tells the tale, but despite hundreds of retellings, the impact of her story has not faded.

The menorah is not the type one usually sees these days. Instead of spots for candle holders, the base holds eight small wells meant to be filled with oil, which is then lit with a wick. Made of pewter, it is heavy despite its small size. The artisan’s mark of a lion’s head is prominently displayed at the top of the base. Eichenwald isn’t sure exactly how old the menorah is, but by the time it came into the keeping of her grandfather, it was already a family heirloom.

On Nov. 9, 1938, Eichenwald’s grandfather was arrested by the Nazis on a night that later became known as Kristallnacht. He was taken in part because he was president of a synagogue in Vienna, and the Nazis first arrested the leaders of the Jewish community in order to disorient the rest of the people.

Her father couldn’t bear to watch his father be taken away, left to face his fate alone, so he went with him. Before they left, Eichenwald’s grandfather took the family menorah so they would be able to celebrate Chanukah, which was only a few weeks away.

Both men were taken by cattle car out of Vienna to Dachau, a concentration camp outside Munich. They were put in Block 16, which also happened to house 16 other men.

With Chanukah fast approaching, the men all agreed that they would try to light the menorah within the concentration camp. In order to accomplish this goal, they would need oil, a wick and a match.

The wicks were the easiest to obtain—the men used the fraying fibers from the bottom of the cotton striped pajamas they wore. For oil, they used the tiny bits of fat saved from their meager portions of meat at meals. “They really needed the food to survive,” Eichenwald said. “But it was more important to them to have the oil to light.”

The final piece was the match. One of the men bartered his wedding ring to a guard for matches and cigarettes, a common enough request in the camp. With all the materials they needed, they were ready for Chanukah.

While the menorah is to be lit at sunset, during times of distress, it can be lit at any time. Eichenwald’s grandfather decided to light the menorah early in the morning, when the change of shift meant there would be fewer guards.

The first day they lit the menorah using their gathered supplies, letting the light burn for several minutes before hiding everything from the guards.

The second day they were caught. The men were beaten severely, and a guard took the menorah. He took it outside next to the cell block where they burned the garbage, and he threw it into the flames.

However, he didn’t take into account how heavy the pewter menorah was, and his aim was off. The base escaped the flames, and the oil wells landed mostly outside the fire as well. Several days later, one of the other men in Block 16 was walking outside and saw the menorah, which was miraculously saved from the flames, and he quickly buried it to hide it from the guards.

Eichenwald’s grandfather died without ever seeing the menorah again. Her father survived, but he was blind for the rest of his life, partially due to the beating he sustained after lighting the menorah that first Chanukah.

After the war, he and his family emigrated to the United States. Jeanette was a little girl when a package appeared at their house in Philadelphia. Inside was the family menorah. “As soon as he felt it, he knew exactly what it was,” Eichenwald said.

The man who had buried the menorah in 1938 had uncovered it again. He kept it for years, and he eventually made his way to Israel. Through coincidence, he was sitting in a café talking with friends about old friends in Vienna, when the topic of Eichenwald’s father came up. Someone mentioned that he was living in Philadelphia, and eventually the man was able to find his address and return the menorah to their family.

Now, it stays on Eichenwald’s mantle, a priceless family heirloom and a symbol of remarkable resolve in the face of evil. “It lived to see such agony and such pain, but its true meaning is light,” Eichenwald said. “The true meaning of Chanukah is religious freedom, to always stand up against evil.”

Every year she takes the menorah to the class she teaches at the JCC and lights the menorah, just for a moment. While the pewter has been bent, the power of its story remains unbroken.