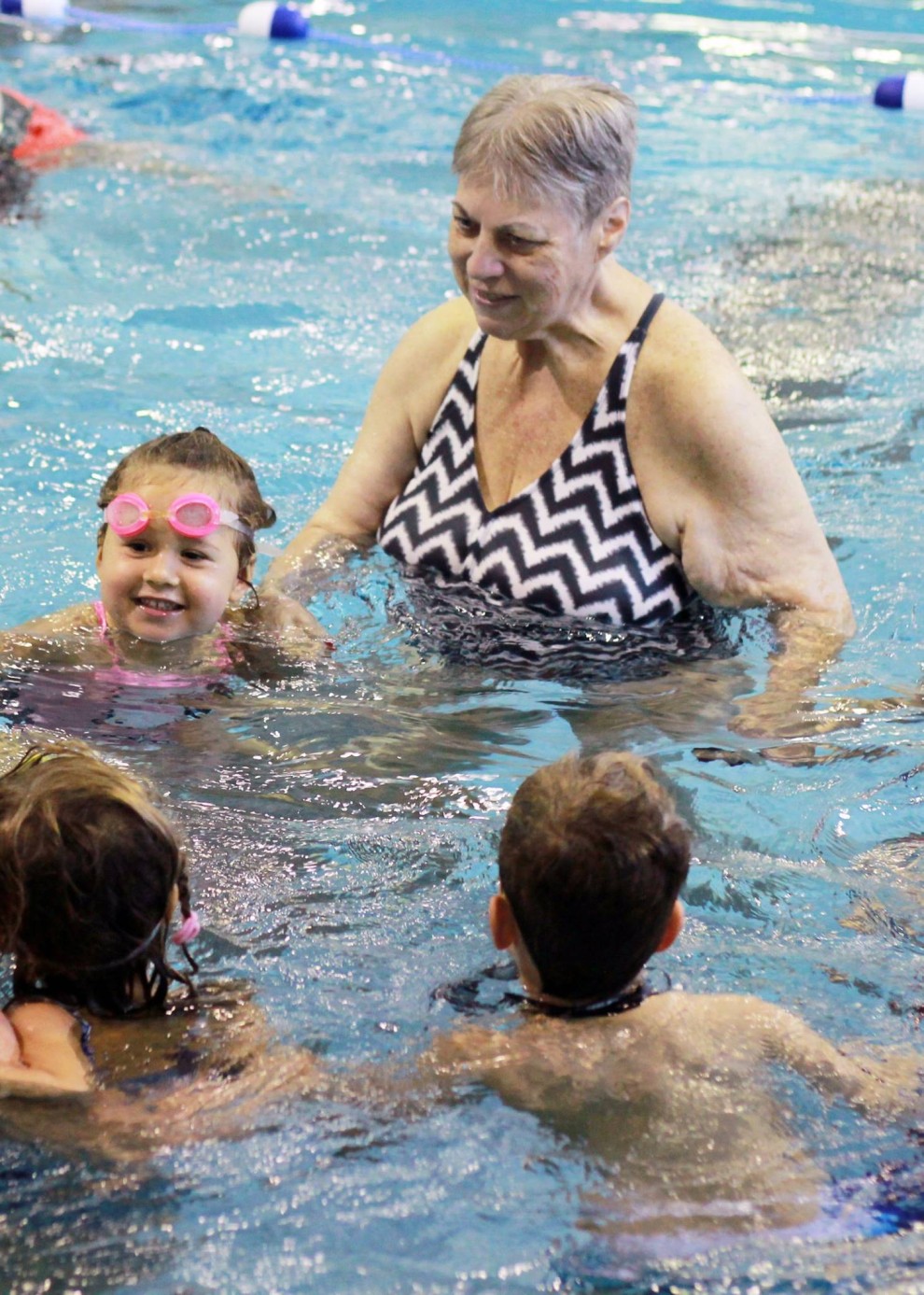 “My goal was just to get to the top of the steps from the locker room without losing my breath.” Luella Shoemaker, 74, had no idea how far she would surpass that goal when her daughter-in-law first gifted her a JCC membership.

Now, six years and over 100 pounds lost later, Shoemaker considers the pool at the J and the friends she made in it as essential parts of her life. “I don’t think I’ll ever quit, no matter what,” she said, adding that when she thinks about possibly relocating, “I’m thinking about, if I move here, how long will it take me to get to the JCC?”

Other than making it to the top of the stairs, when Shoemaker started taking fitness classes, she said, “I didn’t set a goal. Because sometimes, if you set a goal and it doesn’t work out, you quit.” She tried some workouts on the floor, but her knees and other joints hurt. Then, she tried an aquatics class, and she found that “it was totally different in the pool.” She started attending classes in the pool every day, coming early to strap on some weights for a little extra added challenge. And gradually, the weight has come off.

Having just added a second set of darts to a new swimsuit, she joked, “I’ll just keep putting darts in.”

It wasn’t just the physical benefits that kept Shoemaker coming back to class. “I made so many friends,” she recalled. She became the “class communicator.” Her classmates started calling her to let her know if they were going to be away, because, “I do worry about everyone who is in the class,” she said. If a classmate was ill, she would initiate getting everyone to sign a card for them. And as for the JCC staff, Shoemaker said, “The staff here is outstanding. They give support, support, support!” She lent her own support in return, helping out with pre-K swim classes and other activities, earning her the distinction of the JCC’s “Volunteer of the Year” in 2013.

Looking back on her journey at the J so far, Shoemaker remembers the encouragement she received from a lady next to her in class when she was just starting out. She said, “If you can’t lift your foot all the way, just lift it part way.” That’s Shoemaker’s advice to others now. “Once you start, just keep on trying and doing your best. Don’t quit. If you can’t do one exercise, it doesn’t matter. You will be able to do the next one. Don’t give into the temptation to give up.” Thanks to the success she found at the J, Shoemaker says, “I can’t see myself quitting at this point.”

Read more from our Senior Living section of HAKOL