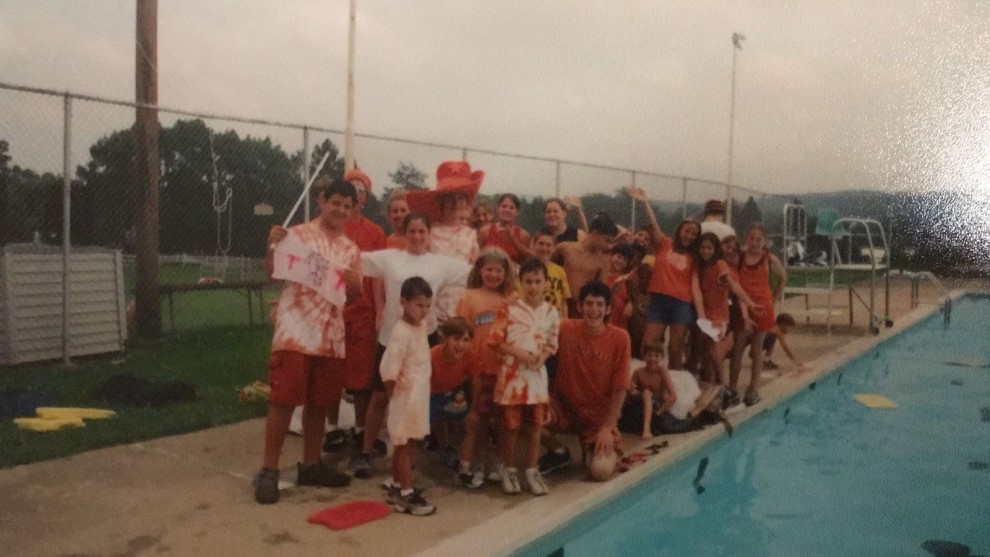 By Annette Mashi and Cynthia Wroclawski
Special to HAKOL

As Israel celebrates 70 years of statehood, Yoav - Lehigh Valley Partnership2Gether reflects on 16 successful summers of Yoav teen delegations to the Lehigh Valley. Sixty-four Yoav teens, many of whom traveled to the U.S. for the first time, facilitated Israel programming and forged great friendships with the campers, their families and the staff at Camp JCC. Similarly, deep connections were made with the Jewish families in the Lehigh Valley who generously hosted the teens, as well as with the families of the teens in Yoav. The ever-widening circle of lives impacted by this flagship Partnership2Gether project continues.

"Where Are They Now?" will periodically highlight several Yoav teens from the past 16 delegations and include updates on their lives today and memories and insights as to how their experience connecting with and living with Jews outside of Israel influenced and impacted them.

Readers are invited to reconnect and share their memories and photographs on the Partnership2Gether Facebook page or write to the editor of HAKOL (michelle@jflv.org). Don't forget to mention who you remember from Yoav and how you got to know them, including the year you met.

Mor Mindel
From Kibbutz Negba, participated in the first delegation in 2003, hosted by the Klasko and Strauss families.

“Being part of the first delegation was very exciting for everyone,” says Mor, 32, who is still in contact with both of her host families. “My fondest memory was ‘color war’ at camp. The campers were divided into teams of different colors and competed in sports and other activities. One of the smallest children (pre-K) beat one of the older children from another team and brought her team to victory.”

Mor had the opportunity to host Dave Klasko, who was a fellow camp counselor and "brother" from her host family, when he traveled to Israel on a Birthright trip several years ago. She was living in Haifa at the time and asserts that their connection was greatly strengthened during that visit.

When asked about how her experience in the Lehigh Valley influenced her, Mor recalls something that her host, Margie Strauss, told her that made a lasting impression on her. “We know that America is a temporary home for us – we must protect the state of Israel so there will always be a place for us to go to if we need it.”

Today Mor lives in Ramat Hasharon with her husband, Daniel, and works as a chemical engineer.

Itay Zuck
From Vardon, Israel, participated in the 2012 delegation, hosted by the Zahn, Fisher, Lemberg and Epstein families.

Itay is currently studying for his bachelor’s degree in mathematics and history of the Middle East at the University of Haifa. He fondly remembers the warm reception he and the teens received in the Lehigh Valley. He recalls a particular afternoon they spent with Marc Berson, who took them on his boat in a lake near Allentown. "Beyond the experience itself, which was special and enjoyable, I was happy and surprised that Marc devoted his leisure time to make a personal connection with us. This is a testament to the importance the community attaches to strengthening ties with Israel."

“I did not attach much importance to Jewish life and traditions until I spent time in the Lehigh Valley,” Itay says, explaining that he considers himself a secular person.  “There [in Lehigh Valley], I saw that preserving Jewish traditions and the Jewish community is what unites and preserves the collective [Jewish] identity. In Israel, we take our Jewish identity for granted; the opposite is the case in the USA.”

Despite the time difference and the distance, Itay remains in contact with some of the host families and co-counselors he met in the summer of 2012. This past Passover, he met his “adopted brother,” David Zahn, who is studying at the local college as an exchange student. "It was great to meet him again and get to know his classmates." He also met with Miriam Zager, who visited Israel and spent time in Yoav in March of this year.

"It is very important for me to maintain a good relationship with the community there and also to attend various events that take place within the framework of the Partnership," Itay asserts.  Upon completing his studies, Itay will serve as an officer in the IDF for six years. After that, he is confident that he will “strengthen the connection with the Partnership.