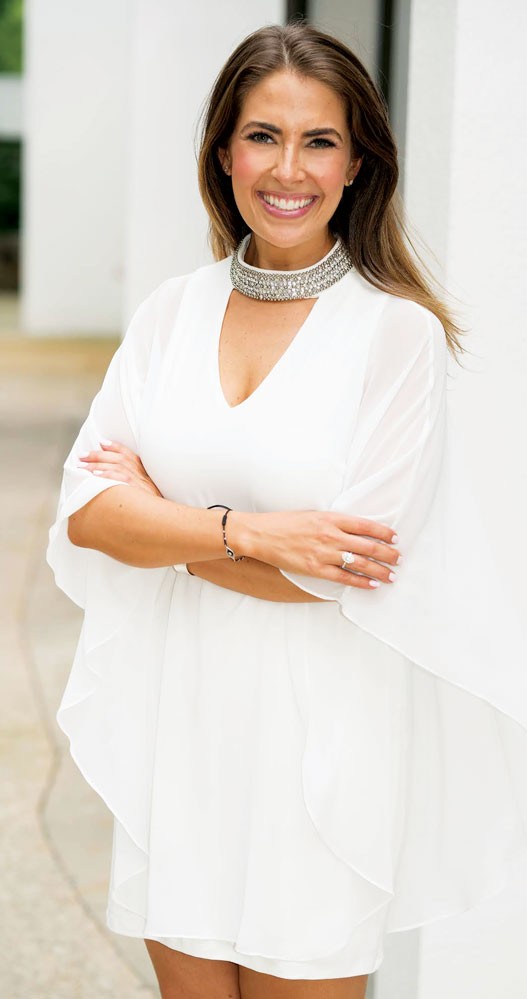 In the quiet pandemic hours, you have probably found yourself scrolling through Facebook a lot. When you see photos of smiling families, job promotions and tropical vacations, it’s easy to fall into the “compare and despair trap.” But are your friends really as happy as they look?

So, you post your own smiling photos. But are you?

If you’re not, you can be, according to Jessica Abo, author of “Unfiltered: How to Be As Happy As You Look on Social Media” and the featured speaker for this year’s Women’s Philanthropy Spring Event on May 6.

This annual event is open to women who contribute a minimum of $365 to the Jewish Federation of the Lehigh Valley’s Annual Campaign. This year’s program will be presented virtually beginning at 8 p.m. and is free of charge.
In her talk, Abo will address why we care about what people are posting online and what are some ways that we can use social media to bring joy to our lives. She will also talk about her own personal journey, including her philanthropic and Jewish communal involvement.

Raised in the Lehigh Valley, Abo graduated from the Jewish Day School and Moravian Academy. Her parents, Dr. Marc and Aliette Abo, have been involved with the local Jewish community for decades, including the newly formed Bnai Shalom synagogue and the Jewish Federation.

After graduating from Northwestern University, Abo found herself in New York and, now, Los Angeles, where she is involved with the Los Angeles Jewish Federation and recently became a Lion of Judah.

She has been speaking publicly since age 15 and has presented all over the country including at TEDx, Facebook, Microsoft, Delta Airlines, WW and the United Nations. She has appeared on The TODAY Show, ABC News, Access Hollywood, KTLA, CBS, and NY1 and in Forbes, Fast Company and Women's Health.

She has won several awards for her journalism and philanthropy work, including being named to The Jewish Week’s 2014 “36 Under 36” list and The Jewish People’s Choice Awards “Voice of Influence” award. The granddaughter of Holocaust survivors, she produced and hosted a documentary on the 60th anniversary of the liberation of Auschwitz.

“We are so excited to bring Jessica home to our community, even if it’s virtually,” said Chelsea Karp and Sara-Jane Bub, Spring Event co-chairs. “We really feel like this topic will resonate with women of all ages.”