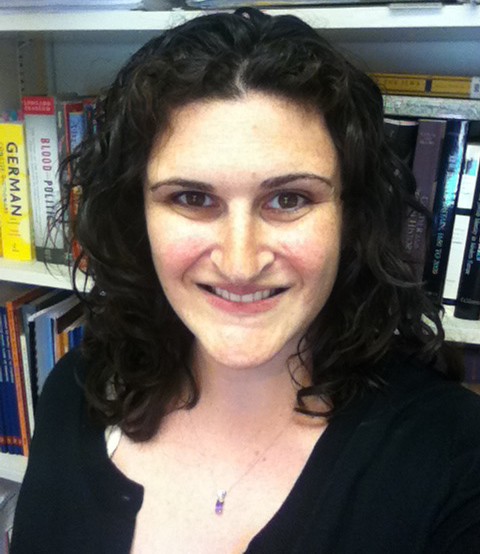 Shira Kohn, assistant dean of the graduate school at the Jewish Theological Seminary whose dissertation examined Jewish college sororities and their encounters with social and political movements in postwar America, will be the featured speaker at the Jewish Federation’s Women’s Division Dollar-A-Day Spring Event on May 7.

How did you decide to study Jewish sororities? Was it from personal experience or something else?
When I was an undergraduate at a large Midwestern college and went through sorority rush, I was shocked to see how segregated the Greek system on campus was -- both in terms of race and religion. When I went to different houses to learn about them and they realized I was Jewish, they almost always pointed me toward the two “Jewish sororities” on campus, told me to speak with them, and then quickly ended our conversation. When it came time to write an undergraduate honors thesis, that memory came back to me. I decided I wanted to research the origins of these women’s groups and to better understand why sororities were formed for Jewish women and what, if anything, distinguished their stories from those of the historically Christian women’s groups.

What are a few of the major surprises you found in your research?
Overall, I was surprised to see how complex the history of Jewish sororities turned out to be. It was impossible to write a simple, linear organizational history of these women’s organizations, there was too much rich material to include! For example, I had no idea that Jewish sororities petitioned for admission into the National Panhellenic Council -- umbrella organization to all national sororities -- for 30 years before receiving an invitation to join the group. The historically Christian sororities refused to admit Jewish (and Catholic) sororities into their ranks until after the end of World War II and defended the exclusion of these minority groups because they were “sectarian” in membership. Ironic considering the Jewish and Catholic groups formed because they couldn’t get into the established Christian houses due to their own religious restrictions! I found this fascinating considering that the Jewish and Catholic fraternities had gained entry into the national men’s organization decades earlier.

I was also surprised to see how politically aware many of the leaders of the Jewish sororities were, particularly during the postwar period when they were confronting powerful movements such as anticommunism and civil rights in American society. These women found that their dual identities as politically liberal Jews and members of a larger politically conservative Greek culture were often at odds and often had to articulate a position that stayed true to their personal beliefs and values while conforming to the larger Greek environment that they so desperately wanted to be a part of. The Jewish sorority women had to make difficult decisions concerning membership practices and self-representation.

What can we expect from your talk?
My talk will discuss the self-representation of Jewish sorority women in the immediate postwar decades of the 1940s - 1960s. Through looking at a variety of materials including yearbooks and sorority publications, I argue that Jewish sorority members consciously cultivated an image of American Jewish womanhood that was compatible with white middle-class expectations of beauty and behavior while still preserving aspects of Jewish distinctiveness. These women embraced their roles as ambassadors of Jewish culture and ethnic identity to a larger Greek collegiate population and used that platform to showcase their ability to represent “good American citizenship” at a time when American Jews more generally were attempting to cement their place within American society.