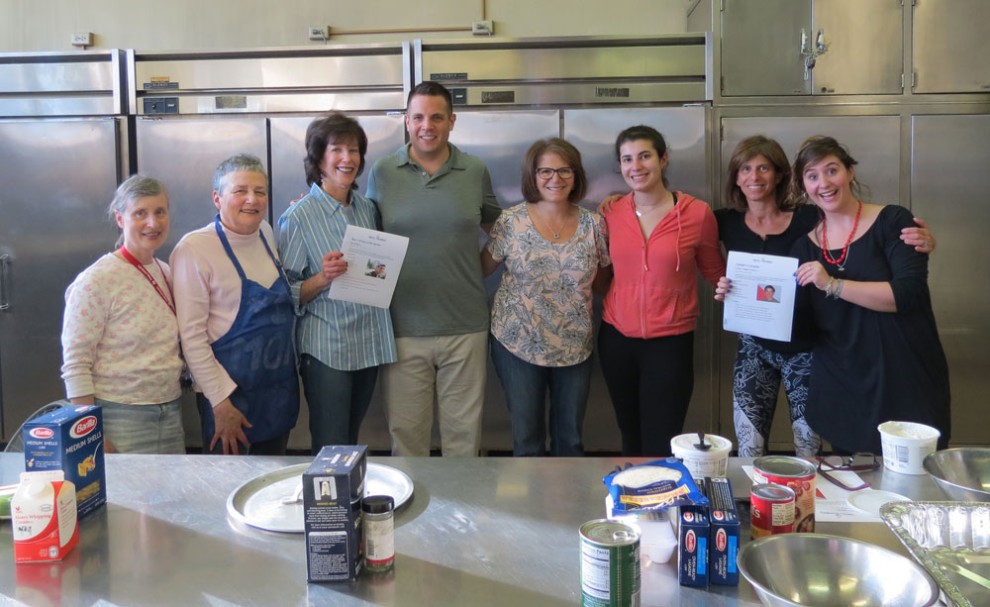 An intimate group gathered in the auxiliary auditorium of the Jewish Community Center of the Lehigh Valley on the evening of May 6. Community shlicha Rotem Bar had prepared a special evening for them to commemorate the lives of two young men from Israel. One, Bar Rahav, z”l, was a 20-year-old soldier who died fighting for the Israel Defense Forces (IDF). The other, Naftali Frenkel, z”l, was just 16 years old when he and two of his friends were kidnapped and murdered by terrorists in 2014.

For the nine people gathered around the table at the JCC, the simple meal they were about to share would prove to be a meaningful and poignant one. The program that evening, “Taste of Memories,” was created by a shlicha serving in Minnesota a few years ago. The idea, like the dinner, was simple—to remember those souls lost too soon through something everyone can relate to. Food.

“We’re always thinking about how to bring Yom Hazikaron to the community outside Israel. It’s very hard to explain,” Bar said. “But, everyone has someone they’ve lost and a food that reminds them of someone they miss.”

That’s the concept behind Taste of Memories. Together, community members prepare the favorite recipes of fallen soldiers and victims of terror. Two teams worked in the JCC’s kitchen under the supervision of Amy Fisher from the Lehigh Valley Kashrut Commission. One group made lasagna the way Frenkel liked it, with olives, while another team cooked pasta with a cheesy sauce, Rahav’s favorite.

Though these young men’s faces smiled out of photographs propped up by candles burning in their memories, it wasn’t until everyone regrouped, waiting for the food to finish baking, that Frenkel and Rahav became real to them.
First, they learned about Rahav, who, as Bar told them, died in Operation Protective Edge, a time that was very hard for her, personally.

“It was the first time that people my age were fighting in a serious, big operation,” she explained.

Rahav was one of those people. A star water polo player, he could have elected to take the route offered to elite athletes in the IDF and focused on his sport. Instead, he chose a combat role like the rest of his friends. Serving in a very special small unit, Rahav was supposed to be on vacation the day he was called back to fight and gave his life.

For the Lehigh Valley residents learning about him through watching a documentary put together in his memory, hearing from Rahav’s three young siblings firsthand about what life is like without him was heartbreaking.

The next video was about Frenkel and his friends and what it was like for all of Israel to come together while they were missing. When the time finally came to eat, there were many tears threatening to fall on the table, and appetites were diminished.

Over dinner, the group further discussed how it feels to live in Israel, where, Bar said, one out of every three Israelis visit a cemetery on Yom Hazikaron, and families live in dread of “the knock” of someone in uniform at their door, bringing them the news of the death of a loved one.