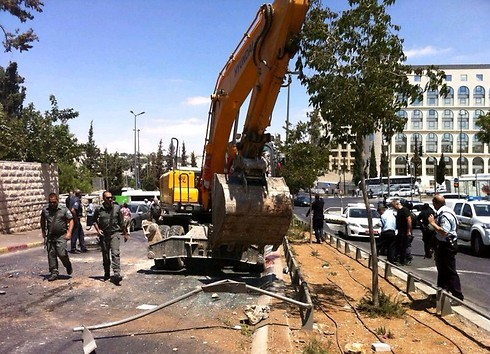 This morning, in the midst of an Israeli unilateral humanitarian truce in Gaza, two terrorist attacks took place in Jerusalem.

In the first attack, Rabbi Abraham Wallis was killed and six other people were wounded when a terrorist used an industrial crane to overturn a bus. Rabbi Wallis was working in the construction area when he was hit by the terrorist. Security forces in the area were able to shoot the terrorist down while he was still in the crane.

Hours later, a soldier was seriously injured in Mount Scopus when he was shot by a motorcyclist at point-blank range. The motorcyclist was able to escape. Security forces are still looking for the suspect.