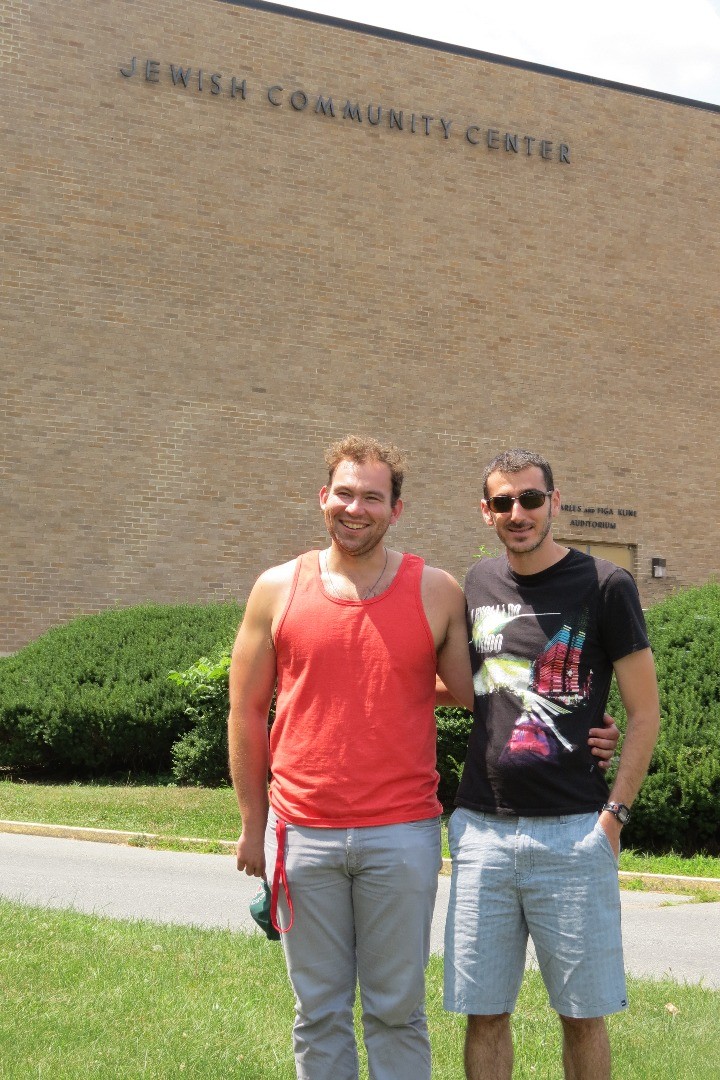 When Ziv Menahem returns to Yoav on Sunday after a week in Allentown, along with the four Yoav teens who have been visiting for the summer, he doesn’t know what he will find.

“We’re coming back to a complex time. I was hoping that the ceasefire would continue so we’d get some agreement,” said Ziv, who stopped by the JCC today with his friend, Steve Salinger. “We basically want quiet. We want to live our life in peace.”

Needless to say, it’s been a rough month for Ziv, 29, who served as a summer emissary to the Lehigh Valley three years ago. His work with children’s programs on the kibbutz has been drastically scaled back as the programs have been cut short due to the conflict. His oldest brother spent the past four weeks in Gaza after being called up from the reserves, but thankfully returned home at the start of the recent ceasefire.

His mother was happy to send him to the States this week, he said, knowing he couldn’t be called up to the military. But as a reservist, what happens when he gets home is anybody’s guess.

“If the situation would go bad,” he said, “there is a chance for me to be there as well.”