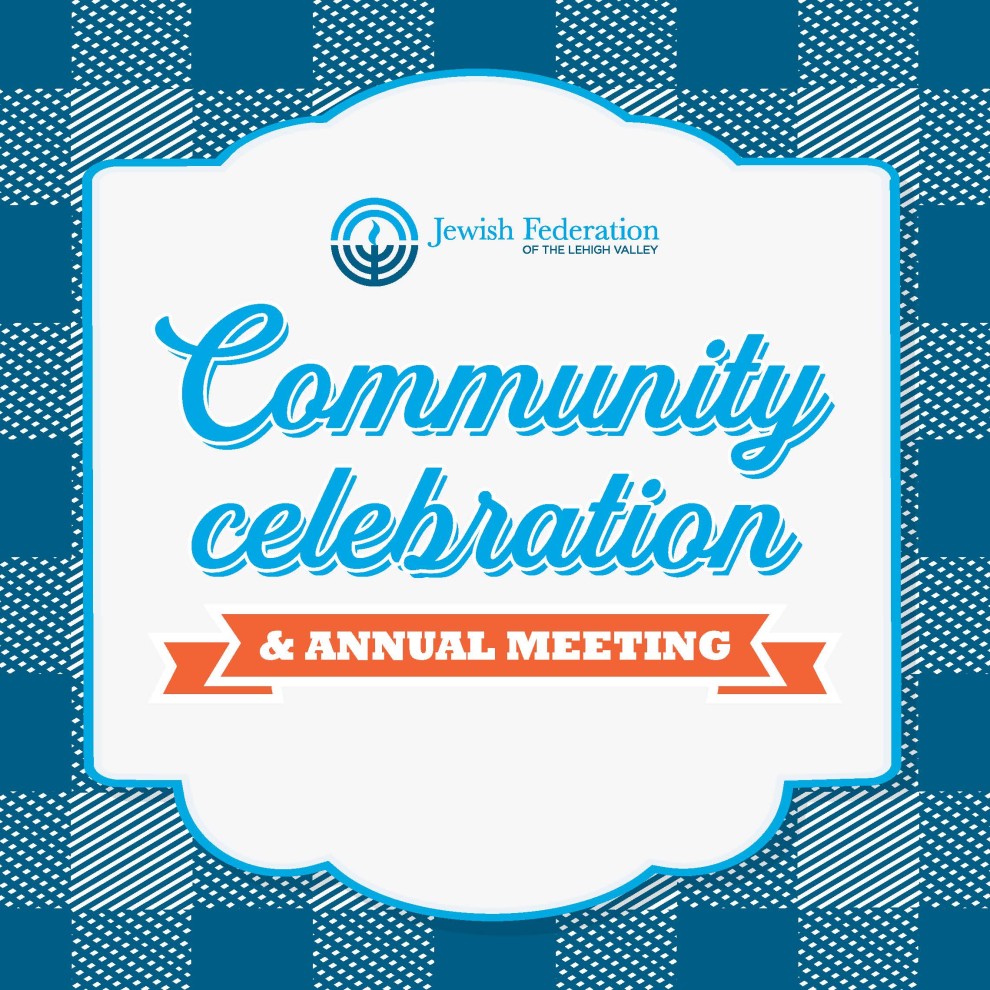 The Jewish Federation of the Lehigh Valley will hold its annual end-of-year celebration meeting June 9, where leaders and volunteers will be honored, including recipients of several awards. Federation is seeking nominations for two important awards by May 6.

An exceptional cadre of young leaders have been recipients of the George Feldman Achievement Award for Young Leadership since it was first given in 1973.

The award was named for Feldman, past executive director of the Allentown Jewish Community Center and the Jewish Federation of Allentown. It recognizes those individuals who have exemplified the finest qualities of leadership in volunteer life serving the Jewish community.

Feldman was “small in stature,” but he was “a giant in his adopted community, Allentown,” according to a story in The Morning Call in 1984 upon his passing. Known as “Mr. Jewish Community Center,” Feldman directed fundraising efforts to complete the former center at 6th and Chew streets and to build the current center at 22nd and Tilghman streets, according to The Morning Call story.

The award was established in 2019 in memory of Goldstein, who served as executive director of the Jewish Federation of the Lehigh Valley for 16 years and committed his entire career to Jewish communal service. The award will be presented to an individual in recognition of extraordinary work as a communal professional.

The recipient will have made a significant impact through his or her professional role, demonstrating dedication and commitment to Jewish values, pursuing collaborative efforts and exhibiting optimism and leadership in the Lehigh Valley Jewish community.

Nominees should be professionally employed in the field of Jewish communal service in the Lehigh Valley at the time of nomination; serving at, for example, an agency, synagogue or other Jewish communal organization.
To submit a nomination for the Feldman or Goldstein award, visit www.jewishlehighvalley.org/awards or email jeri@jflv.org.

In addition, the Federation will also present two additional awards this year.

The Mortimer S. Schiff Award for Prejudice Reduction was established in 1999 by Vera Schiff to honor her husband Mortimer’s memory. It is given to members of the Lehigh Valley community who are committed to spreading and teaching tolerance by both word and action.

The Daniel Pomerantz Award was established in 1990 by Bernice Pomerantz in the hopes that campaign volunteers would follow in her husband Daniel’s footsteps as dedicated solicitors in the Jewish community.

Award winners will be announced in June.